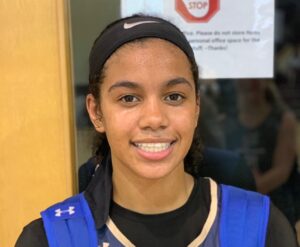 Though she has missed two weeks if Gayle competes in enough games to qualify, the speedy guard has the inside track to win league MVP. Mataya closed the first half of the season with a bang, recording 18 points, 8 rebounds, 8 assists and 3 steals in a win over EOTO Miss. On the season, Gayle ranks second in scoring (17.5), sixth in rebounding (6.0), first in assists (4.5) and third in steals (3.5) per game. River Ridge sits in second place at 2-1 and is undefeated when Gayle has played. 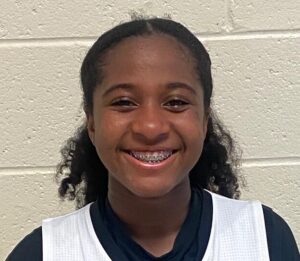 Jasmine Perez has taken the league by storm, leading all players in scoring at 21.3 points per game. Perez has scored at all three levels and leads the league with 10 three-pointers made. She’s a shifty guard with elite handles. Fans will want to circle Week 7 (10/3) when the Pistols square off against River Ridge in what could decide league MVP.

Girls Defensive Player of the Year 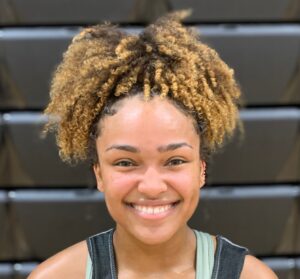 The reigning CTC Fall League MVP from 2019 now sets sights on a Defensive Player of the Year award. Washington has been limited to two games due to injury, but she has made the most of her time, averaging 14.5 points (third), 6 rebounds (t-sixth) and a league-best 5.5 steals per game. Known for her tenacity and toughness, Washington has been aggressive in the passing lanes and has converted turnovers into easy points. 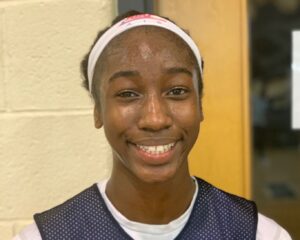 Another player who has seen just two weeks of action, Brooke Moore very well may run away with the award if she meets the amount of games needed to qualify. Moore is the defending Class A-Private Best Shot Blocker award winner. She is averaging 12 points (sixth), 5.5 rebounds, 2.5 assists (t-third) and 3 steals (fourth) and a league-high 3 blocks per game. The dynamic long-armed forward can play every position on the floor and can lock down nearly anyone when she puts her mind to it.

The Knights are undefeated with Mataya Gayle in the lineup. Her and Sophia Pearl form the highest scoring backcourt in the league. Pearl, a 5-foot-6 freshman, has nailed 8 threes en route to averaging 11.6 points and 2.3 steals. Ayanna Blanco (5.3) and Alyssa Farmer (4.0) help balance the scoring while 6-foot-2 senior Sofia Reyes is a defensive stalwart inside. The Knights’ lone loss came against Hiram 31-23.

Even without Erial Owens the past two weeks, the young Hornets find themselves in first place. Owens has been tough when available, averaging 13 points (fourth) and a league-best 8 rebounds per game. The Hornets have used a balanced by-committee approach with Damariah Windom (6.3), Camryn O’Neil (4.6) and Jen’l Mackey (4.6) helping share scoring duties. With Owens out, Hiram managed to clamp down defensively and hold River Ridge (23) and North Paulding (20) to their lowest scoring outputs of the season. 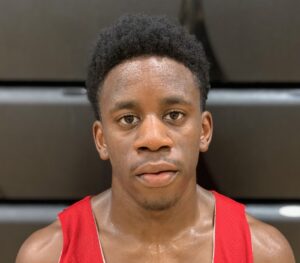 When you shatter a league record with 54 points in a game and average a league-best 41.3 points per game, it doesn’t matter what your record is; AJ Johnson has been the most unstoppable player in the league even though Bowdon is still searching for their first win. The dynamite lefty has chipped in 5.3 rebounds and 2 assists per game to his ledger. Johnson has drilled 16 threes in just three games. AJ has solidified himself as a D-I guard at the CTC Fall League. 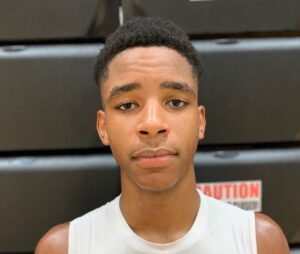 JoJo Bell has opened eyes with his high motor and versatility. Central-Carrollton has some work to do in the standings but Bell has been as consistent as they come averaging 23.2 points (second), 5.7 rebounds, 2 assists, 2 steals and 1.7 blocks (t-fourth) per game. Bell has used his superior athleticism to provide us with highlight dunks and has tickled the twine 10 times from beyond the arc. He’s a three-level scorer with a smooth pull-up jumper. Buy stock now. 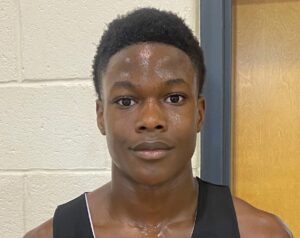 Two for the price of one, we’d be remiss to leave Cayden Charles off the list. The Bucs will need to string together some wins but anything is possible with Charles in the backcourt. He has stuffed the stat sheet averaging 18.6 points (third), 8 rebounds (t-fifth), 2 assists and 2 steals per game.

Boys Defensive Player of the Year 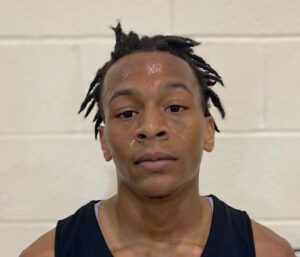 Make no mistake, Jahmeir Chapman has been the engine that makes undefeated Osborne go. Chapman has been brilliant, using his on-ball pressure to wilt opposing ball handlers. Chapman has averaged 11.5 points, 2 assists and a league-high 4.5 steals per game. His energy has been infectious as he sets the tone week in and week out for the Cardinals. 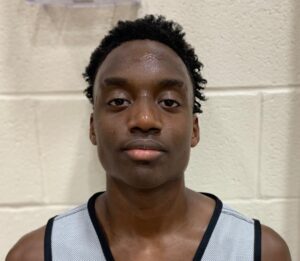 Blessed with the tools to do almost anything on the floor, when Tidor is engaged for the full 40 minutes, there aren’t many better than him at the CTC Fall League. He has sparked back-to-back comebacks in the second half, using his length and athleticism to crank up the heat in the full court press. Tidor has done a little bit of everything for the 2-2 Raiders, averaging 16.7 points (sixth), 9.5 rebounds (t-second), 1.5 assists, 1.7 steals and 1.7 blocks (t-third).

The Cardinals have been devastating throughout the season winning by an average of 26.6 points their first three weeks before escaping East Paulding with a tip-in at the buzzer for a 52-51 victory last weekend. The scary part is that Osborne hasn’t yet been at full strength. Memphis-commit Zocko Littleton has played just once which has allowed other pieces to step up. Aside from Jahmeir Chapman, Osborne has gotten huge contributions from the likes of 6-foot-6 senior Cris Carroll (12 ppg, 5.2 rpg), 6-foot-6 senior Jonathan Carroll (9.2 ppg, 4.5 rpg) and 6-foot-2 freshman Akai Fleming (8 ppg). 5-foot-10 senior Kyle Hanson has helped compose the best defensive backcourt in the league, adding 3 steals per game.

We will find out what North Cobb Christian is made of right out of the break as they battle undefeated North Paulding in Week 5 (9/12) and first-place Osborne in Week 6 (9/26). Freshman 6-foot point guard Josh Dixon is a dark horse for MVP. He ranks fourth in scoring at 18 points per game and leads the league in assists at 3.6. Dixon operates the best three-point shooting team in the league. 6-foot-4 senior Jack Hewitt averages 15.2 points while 6-foot-3 senior Tremain Davis has emerged as one of the best shooters in the league with 11 made threes and a 12.7 point-per-game average. The addition of 6-foot-6 forward Albert Wilson puts the Eagles over the top. The Arizona move-in averages a double-double with 11.5 points and a league-best 10.5 rebounds. Don’t forget about 2023 5-11 PG CJ Wallace, who chips in 9.5 points per game.