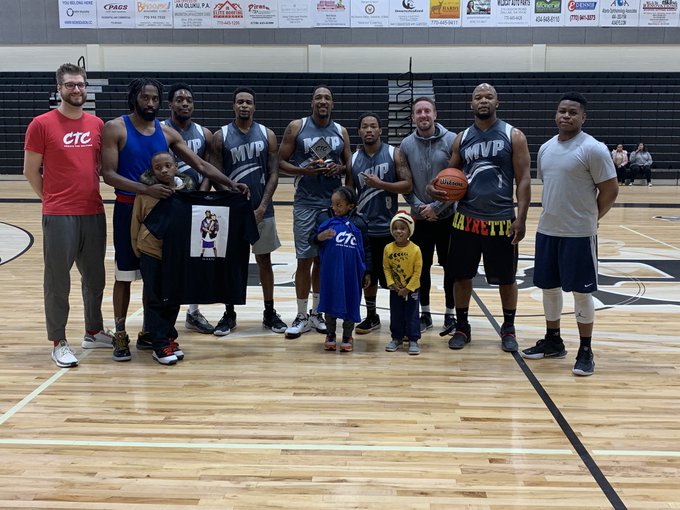 In the first ever CTC Adult League Championship, MVP (9-0) closed out a perfect season by beating Next Level 92-80 to capture the Winter League Championship. In a David vs. Goliath matchup, Next Level (4-5) went toe-to-toe with MVP in the first half. Inspired play from Josh Zinser saw the southpaw drop 14 points on four threes. MVP Team Captain Shon Redding carried the group in the first half, posting 19 points to give MVP a 45-42  lead. Next Level led 30-21 at the 9:25 mark before MVP called timeout and came out red-hot, sparking a 19-3 run to take a 40-33 lead with 4:12 to play in the first half before carrying the three-point lead into halftime. Next Level trailed 48-42 at the 20:13 mark before falling behind 70-50. Next Level made a late push to cut the lead to nine, but ran out of time to complete the comeback. Zinser had a career-day, displaying his Mamba Mentality posting 26 points, 17 rebounds, 3 assists and 1 steal in the loss while Griffin Markwith had 21 points, 10 rebounds, 4 assist, 1 steal and 2 blocks. Doug Rhodes chipped in 18 points, 8 rebounds and 6 assists. Patrick Fischer drilled 3 threes in the loss. Redding led MVP with 27 points, 17 rebounds, 7 assists, 1 steal and 1 block, earning Most Valuable Player honors. Jaleel Marcus added in 21 points, 6 rebounds, 4 assists and 2 steals. Bo Mason contributed 12 points, 9 rebounds, 4 assists and 1 steal. Brian Murray had 11 points. Daryl Moore tallied 7 points, 8 rebounds, 6 assists, 2 steals and 1 block. Ricardo Moss posted 8 points and 8 rebounds while Mike Murray had 6 points and 3 rebounds.