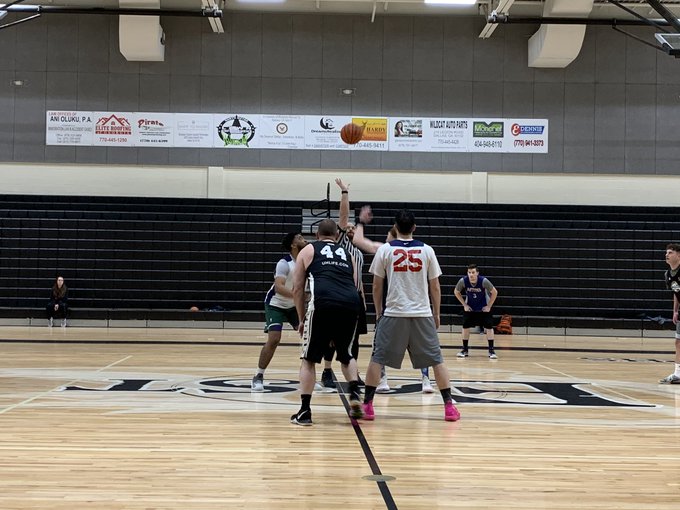 Next Level (2-1) picked up its second consecutive win following a Griffin Markwith explosion. Markwith piled in 29 points, 19 rebounds, 3 assists, 3 steals and 1 block, dominating inside while battling with Kevin Hammitt. Hammitt led the Patriots (0-3) with 21 points, 15 rebounds, 2 assists and 1 block. The Patriots saw dynamic guard Javonte Williams quit midway through the game, leaving them with just five players. TJ Choat scored 20 points to pair with his 6 rebounds while Tre Arnold chipped in 14 points, 13 rebounds, 2 assists and 4 steals, but Next Level was too much. Leading 42-33 at the half behind 19 first half points from Markwith, Next Level saw Harrison Stewart and Josh Zinser help close out the game, the two combining for 17 in the second half. Stewart finished with 20 points, 4 rebounds, 1 assist and 3 steals after a week off while Zinser found his stroke in his best performance of the season with 17 points, 11 rebounds, 3 assists, 2 steals and 1 block. Jeff Cox gobbled up 8 rebounds while Patrick Fischer sank two threes. 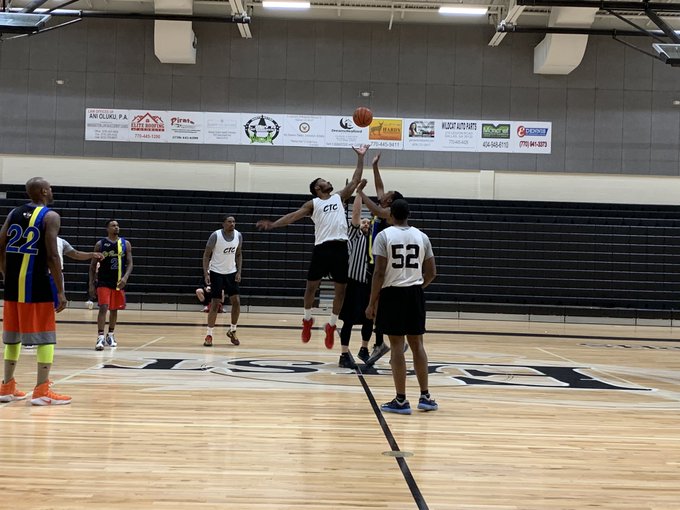 Loaded with new players off the free agent market, CTC (1-2) went toe-to-toe with MVP (3-0) for 36 minutes before the experienced core with just five players available started to pull away. New addition Chris Brown scored a team-high 26 points for CTC, netting 14 in the first half as they trailed 42-40 at the break. Jalen Clark scored 12 of his 19 points in the first half and finished with 13 rebounds and 4 steals. CTC had MVP on the ropes early, but were unable to locate Brian Rutledge on the three-point line as he drilled six first half threes to give MVP a narrow lead. Rutledge would hit seven on the day, finishing with a game-high 27 points, 7 rebounds, 3 steals and 1 block. Darryl Moore stepped up big for MVP, providing 19 points, 6 rebounds, 4 assists and 2 blocks. Bo Mason hit four threes on his way to 14 points, 7 rebounds, 6 assists and 3 steals. For CTC, outside of Brown and Clark, no one could consistently find their offense on the pieced together team with limited chemistry and a 9-man roster. Wayne Brown chipped in 7 points while Garrett Francis had 5 points and 7 rebounds. Devonte Bryant struggled with his shot but the 6-foot-8 big man collected 12 rebounds. Shon Redding hurt CTC in the paint in the second half, scoring 11 of his 13 points in the frame to go along with 12 rebounds on the night.

Brian Rutledge dials one up.

The commish calls his own number on the iso. @Trill_Wave30 pic.twitter.com/pc7AjPk1Af