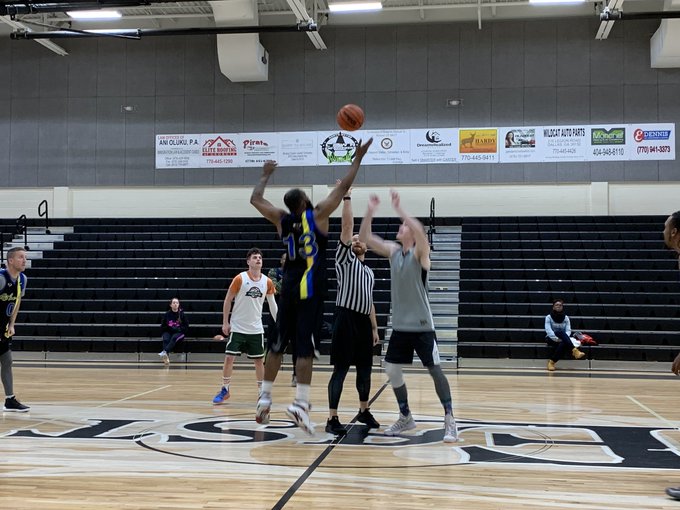 Griffin Markwith scored 20 first half points for Next Level (2-2) to put a scare into MVP (4-0), but the undefeated front-runners made adjustments and slowed Markwith down in the second half to blow open a 50-45 halftime lead into a 22-point rout. MVP hit 17 threes, but it was Team Captain Shon Redding who pounded away inside, finishing with 31 points and 15 rebounds. Brian Dunn had 22 points and 9 rebounds. Bo Mason hit 6 threes en route to 18 points, 9 rebounds and 6 assists while Brian Rutledge pitched in 17 points and 5 rebounds to balance the attack. Daryl Moore picked up Markwith in the second half and made life tough, helping hold him to eight second half points. Moore had 8 points, 7 rebounds and 9 assists. New addition Leon Williams paid dividends, hitting 3 threes and finishing with 9 points and 11 rebounds. For Next Level, Markwith finished with a team-high 28 points, 17 rebounds, 2 assists and 1 steal. Doug Rhodes had a breakthrough game with 16 points. Harrison Stewart struggled, finishing with 14 points. Dewayne Lynch muscled his way to 14 points, 7 rebounds and 2 assists. Jeff Cox had 5 points and 10 rebounds. Patrick Fischer stroked 2 threes in the loss. 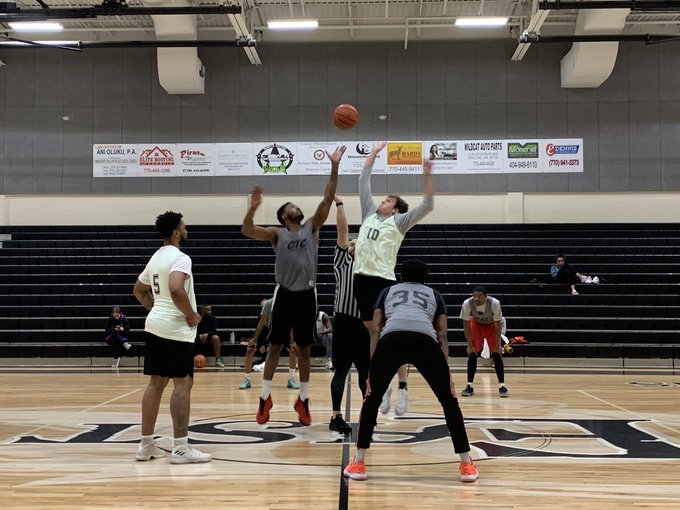 The Patriots (1-3) earned their first win of the season, getting revenge against CTC (1-3). Without Kevin Hammitt, the Patriots played loose and nailed 10 threes to blow past CTC. The Patriots controlled the action from the opening tip, taking a 44-23 lead into the half. Tre Arnold dumped in 21 of his 25 points in the first half while the second half belonged to TJ Choat. Choat netted a game-high 26 points to go with his 5 rebounds and 2 assists. CTC was sloppy, blowing a handful of layups inside. Jalen Clark finished with 26 points, 13 rebounds, 2 assists, 1 steal and 1 block but it was the play of Jacques Wells, which was the brightest spot. Coming back from a knee injury, Wells looked the best he has all season, posting 14 points, 3 assists and 2 steals while showing a quick burst when getting to the hole. Chris Brown finished with 13 points and 8 rebounds. Garrett Francis had 6 points and 14 rebounds.