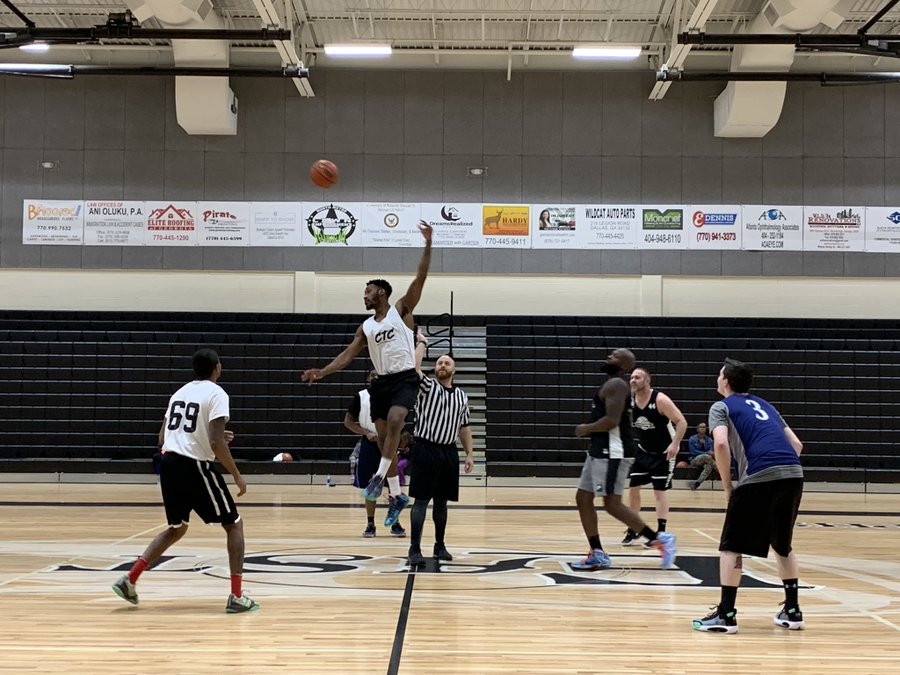 CTC (2-3) ended its three-game losing streak behind a late defensive flurry. Tied at 32 at the half, CTC struggled to gain distance against a shorthanded Next Level (2-3) who was without Harrison Stewart and Griffin Markwith. Chris Brown hit three threes in the first half while Jalen Clark added eight points but Dewayne Lynch was unstoppable inside for Next Level, scoring 16 of his game-high 23 points in the first half. While CTC made adjustments to slow down Lynch in the second half, Doug Rhodes became a problem. The savvy guard poured in 12 of his 19 points in the second half to help Next Level lead 54-49 with 11:59 remaining. Next Level nursed the slim lead until CTC’s press finally cracked the short on ball handling team. As a unit, CTC collected 12 steals led by Clark’s 4 to pair with his team-high 21 points and 10 rebounds. Brown finished with 19 points and 9 rebounds while Keenan Lewis tallied 13 points, 4 rebounds, 3 assists and 3 steals. Wayne Brown hit three threes en route to 11 points, 5 rebounds, 2 assists and 1 steal. Jacques Wells was a catalyst for the offense providing smart ball movement. The former Columbus State Cougar had 4 points, 4 rebounds, 6 assists and 2 steals. For Next Level, Jeff Cox finished with 10 points and 15 rebounds. Josh Zinser had 5 points, 8 rebounds and 3 steals while Patrick Fischer knocked down two threes and finished with 6 points and 3 steals.

John Thomason with the TD pass to Keenan Lewis

A late surge has put CTC ahead 65-60 with just over a minute left! 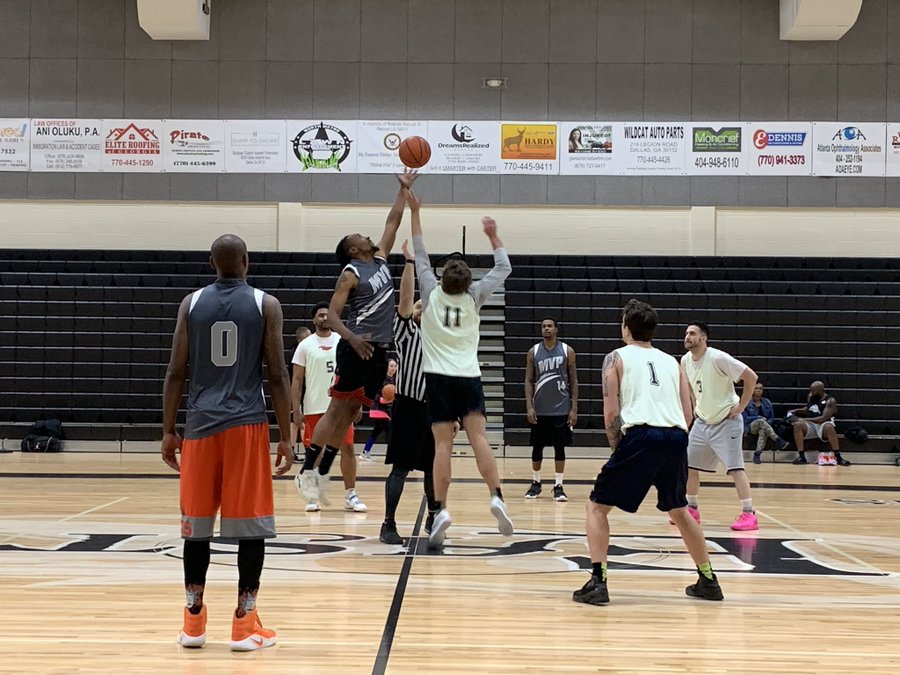 With just four players to start, MVP (5-0) trailed the Patriots (1-4) 11-0 out the chute before Wayne Brown checked in until MVP’s fifth player, Jalil Marcus showed up. Marcus proved to be the difference maker, pouring in 25 points, 9 rebounds, 1 assist and 2 steals in the wild win. The Patriots used the three-ball to gain an early lead and hit 17 on the night as TJ Choat and Tre Arnold went ballistic. Arnold pumped in 25 of his game-high 37 points in the first half but saw the Patriots still trail 47-43 at the half. MVP flirted with a double-digit lead and seemingly were about to land the knockout punch up 77-69 with 6:35 left before Choat went unconscious from deep. The gunslinger buried six of his seven threes in the second half to finish with 25 points. Choat had a last second look to tie the game but his shot was off the mark. In the loss, Zach Thompson posted 18 points, 11 rebounds, 4 assists and 2 steals. MVP had another balanced attack as Shon Redding went for 25 points, 9 rebounds, 5 assists, 2 steals and 3 blocks. Brian Rutledge chipped in 14 points and 7 rebounds while Michael Murray had 13 points and 8 rebounds. Mr. Glue Guy, Daryl Moore, had 11 points, 5 rebounds, 6 assists and 3 steals.

Kyle Stephens showing why he’s leading the league in assists. It’s a bingo from @DntCallMeJames pic.twitter.com/haFBi0numB

Uh-oh…. @ChoatTony is heating up with three straight threes… pic.twitter.com/hMlX0vLh0Z

Shon Redding with the And-1. Could be the back breaker. pic.twitter.com/gStmLDn1l2