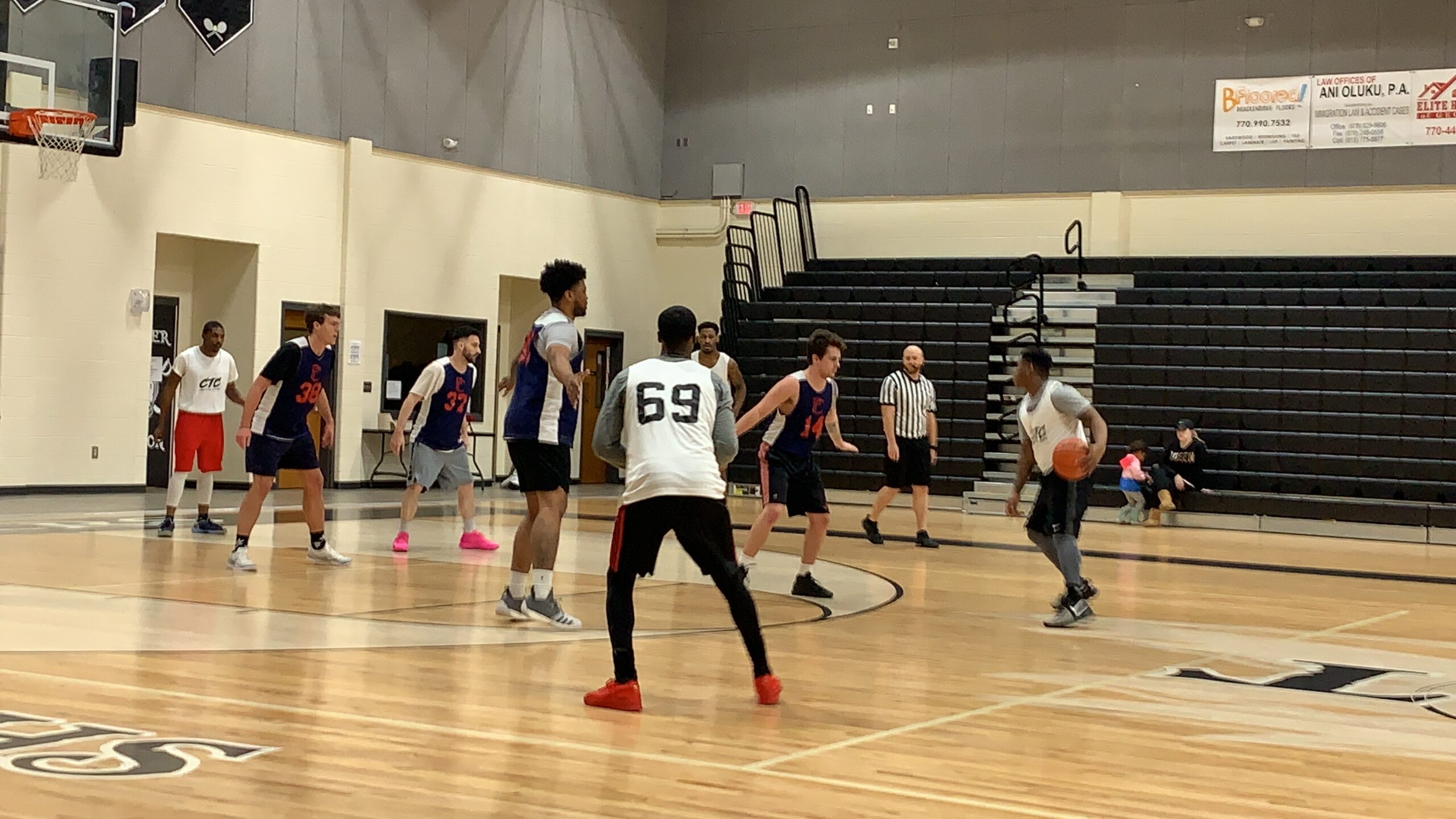 The Patriots (2-5) beat CTC (2-5) for the second time this season to clinch the tie-breaker and avoid the No. 4 seed heading into the playoffs. Kevin Hammitt hurt CTC inside again with 22 points and 11 rebounds. He sank 3 threes in the win. Tre Arnold was quiet in the first half with four points, but finished with 13 points, 8 rebounds and 2 assists. Zach Thompson was the third Patriot in double digits with 13 points and 8 rebounds. CTC was paced by Jalen Clark’s 19 points, 12 rebounds, 3 assists and 1 steal. Garrett Francis had 10 points and 8 rebounds. Much like Arnold, Chris Brown was quiet in the first half for CTC with two points. He served as playmaker for CTC, tallying 10 points, 6 rebounds, 6 assists and 1 steal. CTC struggled with defending the Patriots and committed 14 fouls to the Patriots’ 5.

MVP (7-0) polished off an undefeated regular season in a dominant performance against Next Level (3-4). Griffin Markwith did everything he could for Next Level with 24 points, 18 rebounds, 2 assists and 1 steal, but MVP drilled 19 threes to blow past them. Team Captain Shon Redding scored 20 of his game-high 28 points in the first half and finished with 12 rebounds. Brian Rutledge nailed 5 deep balls en route to 21 points and 7 rebounds. Bo Mason tacked on 10 points, 9 rebounds, 9 assists and 1 steal. Dewayne Lynch provided Next Level with 21 points, 9 rebounds, 3 assists and 2 steals while Doug Rhodes scored 12 points.