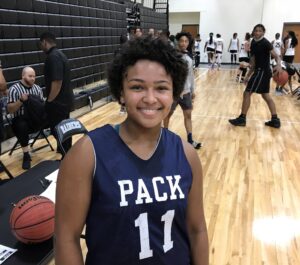 Leading the league in scoring (12.2) and rebounding (8.5), Aliyah Washington has been unstoppable when her non-stop motor that places her in the right place at the right time nearly all the time. Washington is a versatile combo-forward that spends time handling the ball and chewing up the offense glass. She has shades of a poor man’s AC Carter of Wesleyan who is committed to play at Georgia Tech. Washington is shaping up to put together a great career at North Paulding. 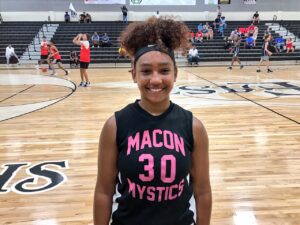 The freshman has dazzled with her aggressiveness and scoring prowess at such a young age. Morgan is averaging 10 points and 2.2 steals per game, ranking her second in scoring and fifth in steals.

Girls Defensive Player of the Year 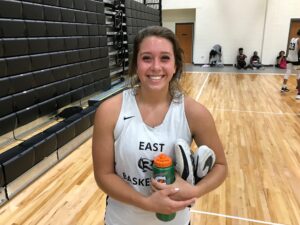 Sitting in second place in the standings at 3-1, it wouldn’t be a surprise to see stat sheet stuffer Kimberlyn Black also make a push in the MVP race. The multi-positional senior ranks fourth in scoring (7.7), third in assists (1.5) and first in steals (3.2). Black has been the catalyst to East Paulding’s success on both sides of the ball and her defensive instincts has the Lady Raiders as one of the league’s top defenses. 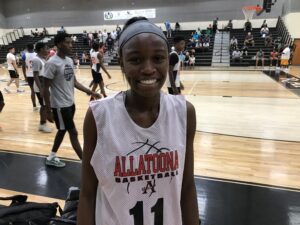 Although she missed Week 4, Jaasira Fossitt has been a force in the paint with her shot-blocking abilities. She leads the league with 2.3 per game while also ranking third in rebounds at 6.6. Fossitt has length and good-timing which makes her one of the league’s tougher defenders to score on inside.

Depth, cohesion and quality guard play has catapulted EOTO Sisters to the top of the standings. They toppled North Paulding 34-24 in Week 4 in a battle of unbeatens, securing their rightful place atop the group. It’s been a balanced attack paced offensively by 2020 5-6 G Dekyia Cofield (Villa Rica) and 2020 5-6 G Dasia Wyatt (Bowdon). Cofield (8.0) ranks third in the league in scoring while Wyatt (7.0) comes in at fifth. Wyatt also places fifth in rebounding (5.5) and fourth in assists (1.2). Cofield is fourth in steals at 2.67 a game. EOTO Sisters has more than just Wyatt and Cofield however. 2023 5-6 G Camryn O’Neil (Hiram) leads the league in assists (2.6) while 2020 5-7 G Kyndal Coleman (Villa Rica) places second in steals (3.0). In the paint, 2020 6-0 C Taylor Doucet (Pace Academy) has been a force in her own right, averaging 6.7 points per game.

North Paulding (3-1) and East Paulding (3-1) are deadlocked in second-place. North captured a thrilling 26-24 win over East in the opening week of the season. The Raiders have been the only team to this point to slow down Aliyah Washington, holding her to 6 points while Kimberlyn Black tallied 7 points to lead East Paulding. Both teams get after it defensively and rely on scrappy guard play to turnover opponents. 2021 5-7 G Faith Lovejoy ranks third in the league in steals for East Paulding at 2.7, while 2021 5-6 G Caroline Ariaz and 2021 5-3 G Adrianna Olivera are both tied for fifth with 2.2 steals per game for North Paulding. North Paulding has the size advantage inside with 2021 6-3 F Taylor Cullinan, who ranks tied for third in blocks at 1.2, but East Paulding counters with rebounding specialist 2022 5-9 F Halle Verkerk, who places fourth in rebounding at 5.7. 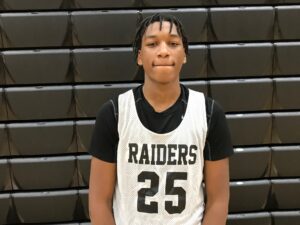 The highest ranked player heading into the season has not disappointed, leading the league in scoring (20.2) and rebounding (8.7). Rutledge has been unguardable with his mixture of strength and finesse.  Rutledge has attracted college coaches to the gym and has rose his stock. Expect another All-State level of production for the big man his final season. 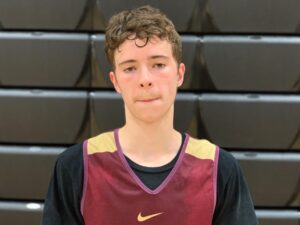 No senior has helped their stock more than Caleb Duncan thus far. Coming off of another scoring 25-point effort, Duncan is closing in on the scoring title, trailing Rutledge at 18.7 points per game. A tough-nosed scorer and the best three-point shooter in the league, we are witnessing Duncan’s transformation from rotational role player to lead option for the Spartans heading into his senior season. Duncan is looking like one of Class 6A’s most improved players if he can ride this momentum into the fall and winter months.

Boys Defensive Player of the Year 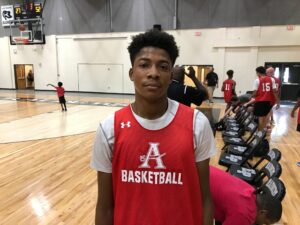 The owner of quite possibly the best motor in the league, Cam Baldwin has brought in week in and week out as a reliable source of production for the undefeated Buccaneers. Baldwin currently ranks third in rebounding (8.0) and first in blocks (2.0) per game. Baldwin is an integral glue-guy that does everything needed of him. 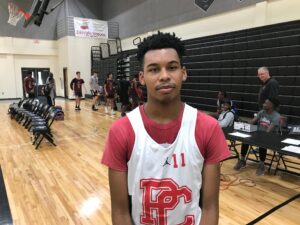 The uber-quick hands of Keon Sedgwick have been on display as the hyper-active guard has averaged a league-best 3.5 steals per game. With a strong finish, Sedgwick could find himself in the MVP hunt as well. He places fourth in scoring (13.0) and second in assists (2.7).

Undefeated Allatoona has taken the league by storm with their balanced onslaught from top to bottom. Playing with an extreme level of chemistry, the Bucs find themselves in the top five statistical rankings, but not one cracks the scoring list. The aforementioned Cam Baldwin has been a defensive standout but he’s not the only one bringing their hardhat to work. 2021 6-3 F Kevin Taylor ranks fourth in rebounding (6.5), fourth in assists (2.2), third in blocks (1.2) and averages a team-best 10 points per game. 2021 5-11 PG Isaiah Logan is fourth on the team in scoring (8.0), but leads the league in assists (3.7) and is third in steals (2.7). 2021 6-5 F Marshall Willingham rounds out the offense at 10 points per game.

Spots two through six are a logjam as East Paulding (3-1) has looked strong but Paulding County (2-2), Marietta 1 (2-2), South Paulding (2-2) and Cass (2-2) have all had good moments. East Paulding boasts the league’s most dominant player in Sean Rutledge while Paulding County plays at the highest tempo and has third-leading scorer 2021 6-5 F Kervens Yacinthe as a dark horse to win MVP, averaging 14.5 points and 5.7 rebounds. Marietta is getting better each and every week behind 2022 6-0 G Eric Howard Jr. and 2021 6-0 G MaKyle Lockett. South Paulding is dangerous when hot with deep threat dynamo Caleb Duncan and a veteran backcourt of 6-0 senior guards Jared Amritt and Jordan Goodrich, while Cass has the biggest and possibly most physical team in the league anchored by 2020 6-5 F Alfred Washington and 2022 6-6 F Zaylan Chaney with some help on the perimeter from highlight factory 2021 5-11 G Braxton Benham.